Lotto Max winner will help family, ‘I don’t know what I’ll do with the other 64-million’ 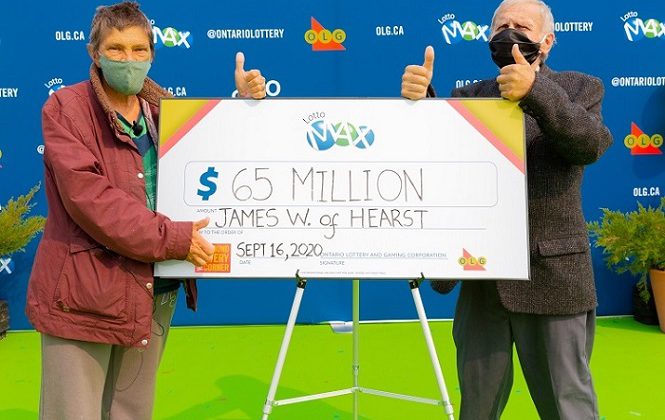 James Wickman (left) and his wife Eerikka of Hearst with their $65-million cheque. (Ontario Lottery and Gaming Corp.)

The 67-year-old retired electrical contractor from Hearst has picked up his cheque for $65-million in last Tuesday’s Lotto Max contest.

He hired a bus and along with 24 family members, took the ten-hour road trip to Toronto to pick up the massive cheque.

Wickman says he’ll share his windfall with his four children and set up trust funds for his 12 grandchildren, but jokes thathe doesn’t know what he’ll do with the other $64-million.