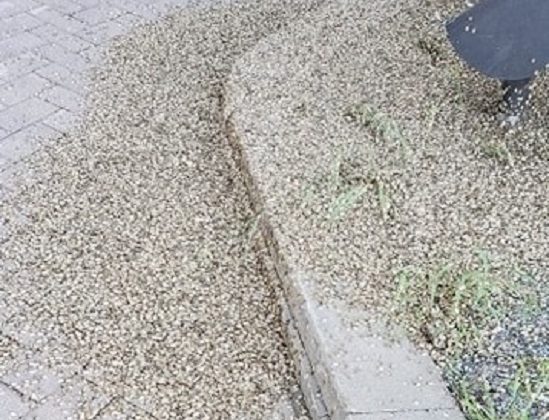 These moths, known as large aspen tortrix, are attracted into urban areas at night by the lights. They are a nuisance, not a health hazard. (Photo by Chantal Mailloux)

The swarms of moths we’ve been getting in our region the last little while are a repeat performance from last year.

And it’s only a coincidence that both years, they’ve been here at the same time as forest tent caterpillars.

“The large aspen tortrix is not as heavy a feeder as the forest tent caterpillar,” Rowlinson observes.  “So what we’re seeing right now is the life stage of the moth, which will be flying for the next week or so and then it will be non-existent out there on the landscape.”

Rowlinson says the moths are a nuisance, but not a health hazard.  If you keep your outdoor lights off at night, you won’t have to sweep thousands of them off the side of your house in the morning.

And as much as they love poplar leaves, they’re no danger to the trees.

“The poplar trees have that ability to produce a second crop of leaves in the growing season.  So it doesn’t have such an adverse impact on the poplar resource.”