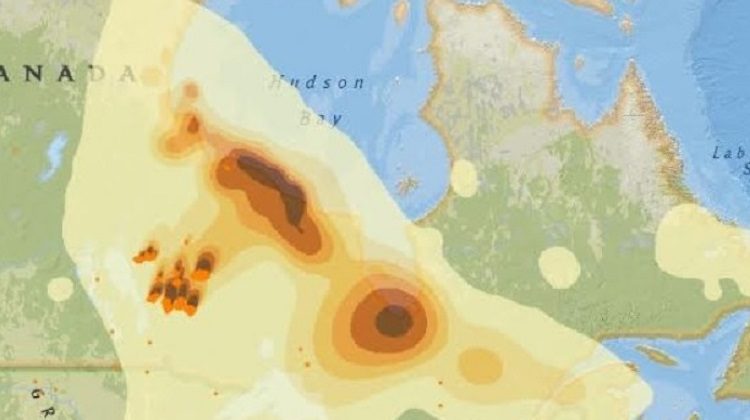 This map shows the smoke over the Kapuskasing-Fraserdale region from the forest fires in Northwestern Ontario. (Ontario Ministry of Natural Resources and Forestry via Twitter)

It’s 860 kilometres from Pikangikum to Kapuskasing, but that’s not very far for smoke.

Environment Canada has an air advisory statement issued for the Kap region due to smoke from the forest fires in Pikangikum and Sandy Lake moving east.

Meteorologist Gerald Cheng says it’s hard to pinpoint how bad the situation will be… or how long it will last.

“It’s now moving across the forecast area of Kapuskasing and Fraserdale, also anywhere north of that,” he states.  “So we have to basically play it by ear and watch hour by hour the behaviour of this plume of smoke.

“With the winds that are occurring right now and he conditions, some of those pollutants will come down.”

If it descends closer to ground level, breathing could become difficult, especially for the elderly and anyone with a respiratory illness.