Charlie Angus isn’t ready to retire in 2019,so the longtime NDP Member of parliament for Timmins-James Bay is running for re-election on October 21st.

First elected in 2004, Angus says he’s running again because he loves the work, and his team is ready for the campaign.

“We never take anything for granted,” the native of Timmins comments, “ and we’re working all the time and you’ll see me a lot over the coming months in all the communities across our vast region. And I’m willing to go back to the people and get another mandate.” 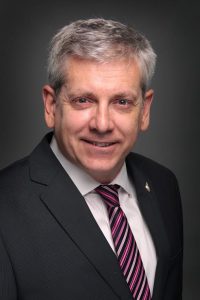 Angus says he’ll be running on “pocketbook issues” such as pension insecurity, massive student debt loads, and the housing crisis under the current Liberal government.

”We’re talking about giving billions to the auto sector, and then they turn around and they shut down plants, the MP notes. “ We’re giving billions into the oil sector.  But where is the plan to have economic development that does longterm benefits to people who are being left behind in this new economy.”

All of that is what Angus says is a result of the disconnect felt between what goes on in Ottawa, and what happens out in the real world.