By the end of September, Cochrane will have a two-kilometre-long multi-use trail connecting downtown to the north end.

The three-metre wide hard packed trail is intended for walking, cycling and wheelchair traffic. At this point, Boyer says it will not be year-round.

“There might be some portions that are, but that’ll be based on having the available equipment to clear the snow,” he tells My Cochrane Now Dot Com.

Motorized vehicles will be kept off   by signs and barricades at all the entrances to the trail.

Boyer says it will start at the train museum and go around the east side of Lake Commando.

“…cross at Heavener’s” he continues, “connect the dog park and wrap around the hospital, child care centre and terminate at 11th Ave., right near the school.” 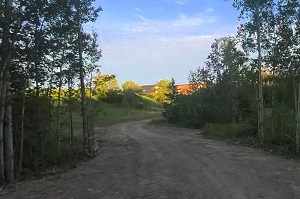 Pic of the week: We know who these guys are

Smiles for miles in Iroquois Falls

Pic of the week: We know who these guys are

Smiles for miles in Iroquois Falls

Canada dropping mask mandate for travel and all other travel restrictions

Cochrane history: How typhoid led to the construction of waterworks

Looking for the who, what, why, where and when of this photograph

Boreal Wildlands Project near Hearst gets $10 million from TD Securities

Rock on the River 2021 – Artist Interviews