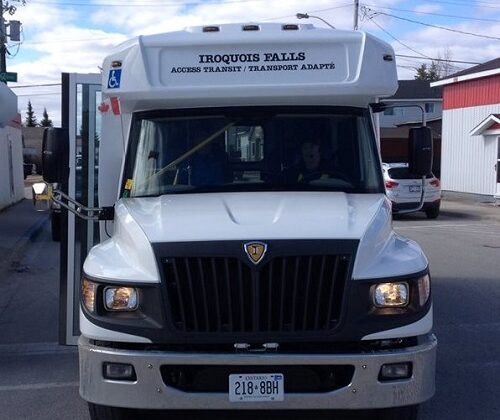 The Iroquois Falls bus service for the elderly and people with mobility issues recently passed the quarter-century mark.

Retired Access Transit board member Norm Denault is one of the founding members, and its first fundraising chairman.  He says it resulted from a group named Barrier Busters, which was working on better access to local businesses and other places.

“We started fundraising in ’95 and we bought the first bus – a secondhand bus – the fall of ’96,” Denault recalls, “and the program actually started February of ’97.”

Denault doesn’t have recent stats, but does know that in the first ten years, Access Transit provided 50,000 rides to clients.

It’s fundraising that’s kept Access Transit on the road. Denault says it’s always been well supported by the community.  The recent sportsman stag raised $12,700.  And then there’s a client who died a couple years ago.

“She had told us that when the house was to be sold, that Access Transit would get the profits from the house,” Denault recounts. “so we got $45,000 from this one lady.”