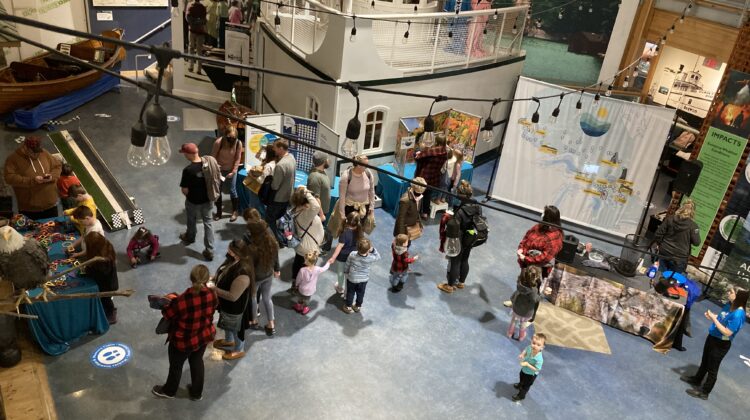 Science North’s Great Northern Ontario Roadshow will be at the Smooth Rock Falls Community Centre tomorrow (Friday) from 2 to 6 pm. It’s billed as a staycation that features the roadshow science booths, crafters, the Smooth Rock Falls EDC, the Hospital Foundation and a pop-up COVID-19 vaccination clinic from the Porcupine Health Unit. Roadshow spokesperson Meaghan Francis says there’ll be a bunch of fun science exhibits for the children.

“We have a sound matching game that’s all sounds you can hear around Northern Ontario,” she said. “As well as a racetrack where everyone can build their own race cars, and race it down our racetrack.”

Francis says it will be a fun day for everyone.

“We’ll have some hands on activities for everyone to play around with as well as have some science demonstrations, and we’ll be giving away some science test kits for kids to take home and try their hands at science at home,” she said.

Francis says the Roadshow is a great opportunity for local artisans to sell their good services and children to learn all about science. Similar shows are planned for Hearst and Kapuskasing later on in the year.