Iroquois Falls stands with Ukraine in a big, entertaining way 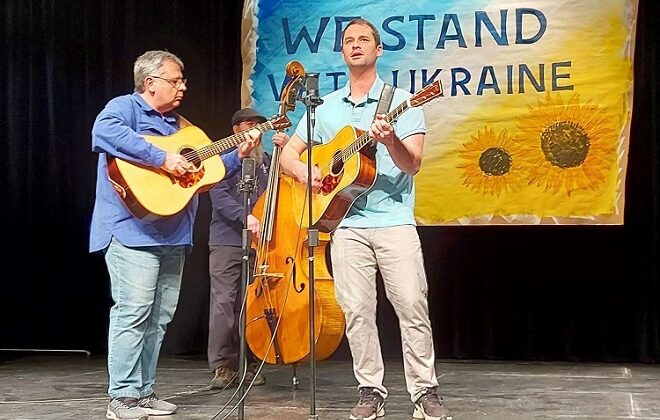 Performing at the Iroquois Falls Stands with Ukraine telethon are (l-r:) Denis Labreche, Mario Proulx and Taylor Labreche. They were among 19 acts entertaining during the four-hour livestreamed event. (Bob McIntyre, MyCochraneNow.com staff)

The livestreamed event and associated fundraising activities around the Falls have so far raised about $6,000. And telethon organizer Barb Cornthwaite says there’s a week left to pledge support and push towards the target of $10,000.

“They’re still going to be able to donate,” she explained. “We want to get those numbers up and I think that we could actually exceed the ten-thousand.”

Pledges are being accepted until May 14th. The recording of the show is online. That’s where anyone, anywhere can get details.

“If everyone just gives that little bit that they can. It doesn’t have to be – well, I mean if you’ve got 5,000 bucks that you want to put in, of course, of course give it and we’ll definitely make sure you get a tax receipt for that,” Cornthwaite concluded.

The recording of last night’s show, including details on how you can contribute, can be found via the Iroquois Falls Stands with Ukraine Facebook page. 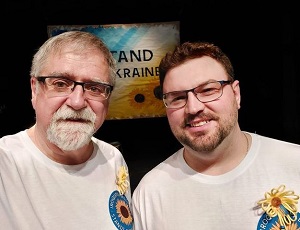