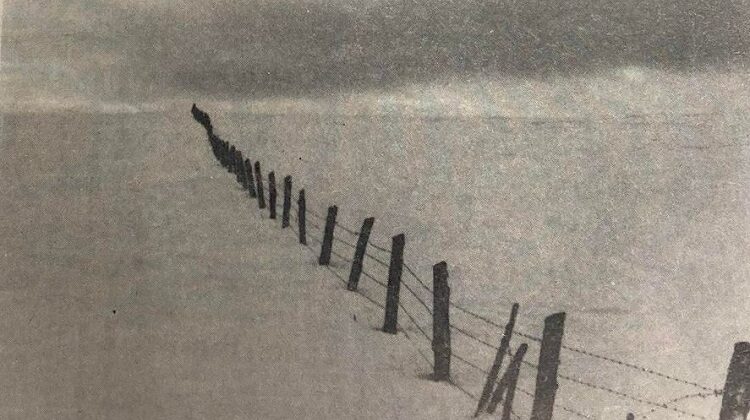 An artistic, photographic illustration of the snowy start to 1982. (Cochrane Public Library Archives)

Here’s a reminder than bad winter weather goes back a long way.  This week’s examination of Cochrane history deals with the first front page of the Northland Post for 1982.

“Area residents only had a short time to rest after digging out from the snow that fell on New Year’s Eve, when Monday, January 4th saw high winds and more snow.”

Schoolkids were sent home on the first afternoon back after holidays, and the schools were closed the next day.

The first baby of the year was Line Robitaille. She was born at 2:34pm on January 1st.

Also on that front page: Cochrane trying to have one more trustee on each of the two district school boards. Proulx-Chedore has an excerpt.

“Prior to the 1980 election, the town tried to increase its representation at the expense of the Town of Iroquois Falls and the Township of Black River-Matheson.” That failed, so Cochrane was appealing directly to the minister of education.

Your Cochrane history source is the archives at the public library.