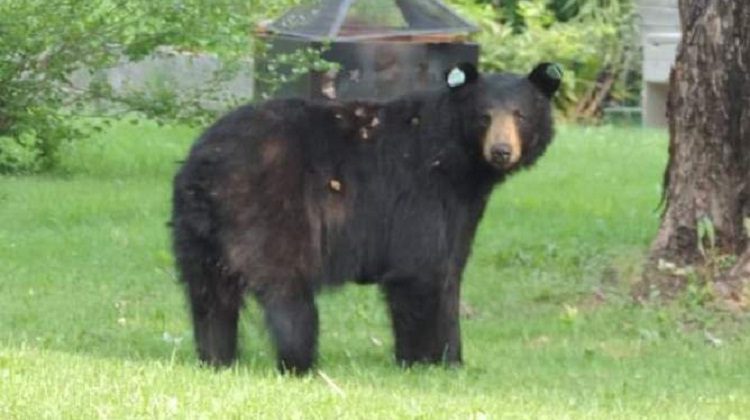 Mama Bear and her four cubs were wandering around Iroquois Falls Sunday morning, looking for breakfast. They have since be trapped and relocated by the MNRF. (Photo submitted by Danny McIntyre)

Don’t let your guard down, but the MNRF thinks it’s taken care of the latest bear problem in Iroquois Falls.

Outreach specialist Meghan Forbes says a trap was set on Sunday for a sow and four cubs that had been wandering around the Falls.  They were all trapped and sent out of the area for relocation.

Forbes says a late frost might have affected the natural foods supply, sending the bears into human territory to feast on garbage and birdseed.

“Right now blueberry yields are looking like they may be lower than usual,” she notes. “Raspberries, strawberries and cherries are still doing well for this time of year, but it’s only July, so we’ll see how it goes.” 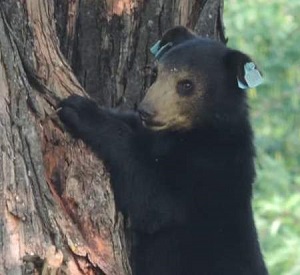 Many sightings in Iroquois Falls have been in daytime — not only after dark. Forbes says that proves the bears’ unpredictability. “They’re usually not active during the day, especially with the warm temperatures we’re getting.  But you never know.”

Forbes repeats the advice to avoid encountering bears by keeping your garbage indoors; keep your barbecue clean; and don’t fill your bird feeder.

Active COVID-19 cases down by one