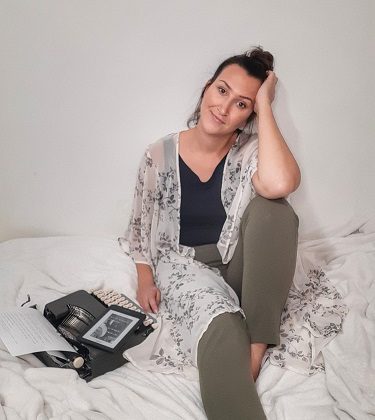 Born in Cochrane, raised in Iroquois Falls, and now, 33-year-old Emma Coté is the winner of an international three-day novel writing competition.

Coté works in digital publishing and heard about the contest from a fellow novelist friend. She had a story in mind so sat down at midnight on the Friday of Labour Day weekend, and wrote 16 hours a day until midnight on Labour Day Monday.

The result is called “Unrest”. Coté calls it a dark comedy about death and dying.

“The main character, Mylene, is a mortician,” she synopsizes, “and she decides to go on a trip in her hearse to visit a bunch of famous graveyards in America and she meets some pretty strange characters along the way.”

As first place prize, “Unrest” will be published in spring, 2022.

It’s not Coté’s first novel.  She says she has written one other.

“I’m querying it, which means that I’m sending it to literary agents. They read your manuscript and they sell it to a publisher. So I’m in that process right now, trying to get an agent for my other book.”