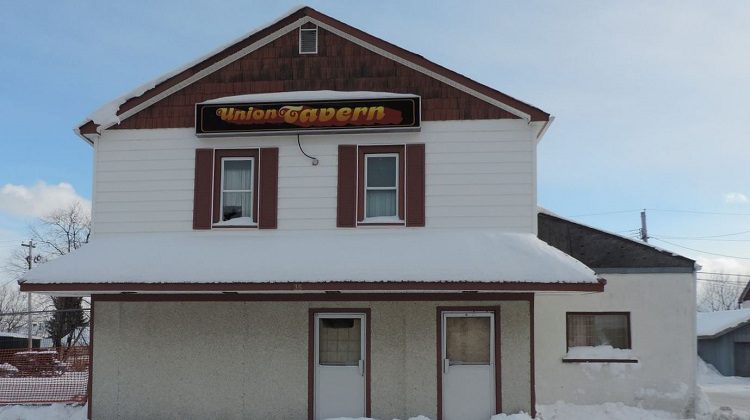 This week or next, Iroquois Falls will lose another landmark downtown building. The Union Tavern on Ambridge Dr. is set for demolition.

Meeraj Mirpuri is general manager of the Halifax-based family business that owns the building. He says it has been unoccupied for several years, and is falling into disrepair. With no future use planned, it is a liability on several counts.

Being raised in a small town himself, Mirpuri has experienced what some people in Iroquois Falls are going through.

“But I know that feeling and I’ve had things that were close by that I had many memories in and it’s unfortunate that these things have to happen sometime,” he observes.

Mirpuri says there’s no plan right now for the site. “We’re not against anything,” he notes. “However, it’s just, as I said, we didn’t have any tenant, the building has to be ripped fully apart to be usable and so there is no plan at this time.”

The same company owns the ValuMart building on Main St.

UPDATE TUES., 12:00pm: That didn’t take long.  The building was flattened this morning. 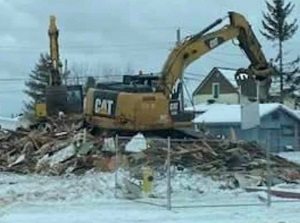