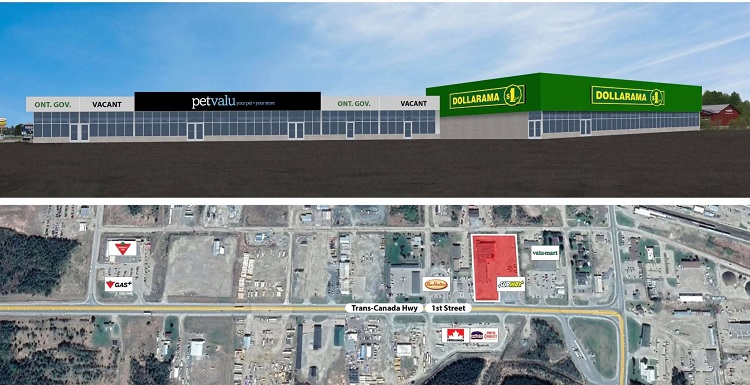 New life is being breathed into the old Cochrane Mall on the West Highway.

Lee Greenwood is a partner in the London, Ontario company renovating and leasing the over-40-year-old building.

“We have a deal struck with Dollarama and also with Pet Value,” he tells My Cochrane Now Dot Com. “We’re going to keep the existing tenants also in place, and we’re going to give it some much needed love.”

Those existing tenants are a veterinarian and the local parole office.  Greenwood says Dollarama could be open by late summer or early fall.

“We also have the potential to build what we call a pad site, which would be sort of a free-standing building that might be a little closer to the highway that we could accommodate potentially a drive-through in”, Greenwood notes. “So there’s some other things that could happen there.” He adds that he would even consider a revival of the old bar, The Zoo.