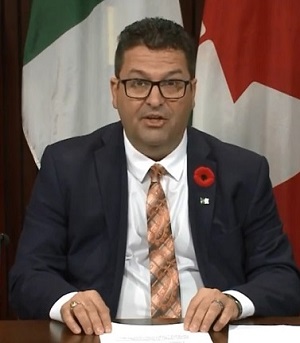 The MPP for Mushkegowuk-James Bay says the province believes that it doesn’t need to take over the management of Extendicare in Kapuskasing. Guy Bourgouin wrote to Premier Doug Ford asking for assistance in wake of 13 deaths to residents and a coronavirus variant being detected.

“You know when I speak to workers and when workers call me and also the families, they are not telling me that they are not transparent,” he said. “And that is part of my letter and why I decided to proceed to the letter to premier.”

Bourgouin says he doesn’t want the province to permanently take over the facility.

“You know that’s where the province could have taken over and then get control of it and then give it back to Extendicare,” he said. “I think it’s just to get control over the situation and get some sort of normal back and to protect the community also.”