Pancakes, a wedding and getting trapped in snow: Cochrane in 1971, 50 years ago 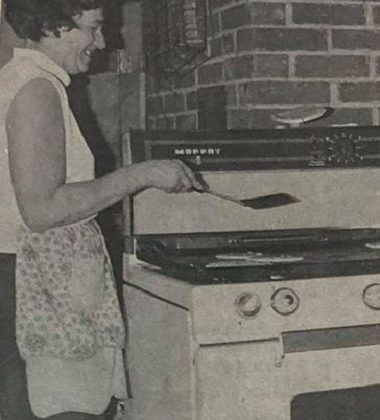 Back to the front page of the Northland Post from 50 years ago for this week’s look back at Cochrane history.

And as public library archivist Ardis Proulx-Chedore found on that same front page, a 12-year-old boy almost died when he became buried in snow.

“Mark Barnes was walking down a back lane with several other youths, when the snow fell off a garage roof. Luckily, the other youths dug him out.  He was taken to Lady Minto Hospital, where X-rays showed no serious damage.”

That was on a Friday night. Mark was back in his Grade 7 class at Central Public School on Monday. 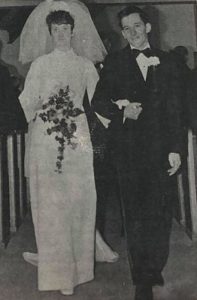 That front page also had a photo from the wedding the previous Saturday of Lonna Virtue of Cochrane and Robert Bernier of Iroquois Falls.

Proulx-Chedore reads from the caption: “The late afternoon ceremony took place in the Church of the Transfiguration. The bride is the daughter of Mr. and Mrs. Harold Virtue of Parry Sound. Mr. Virtue was formerly manager of the Bank of Nova Scotia in Cochrane.”

There are thousands of gems like that in the archives at the library.  All you need to get access to them is a library card.