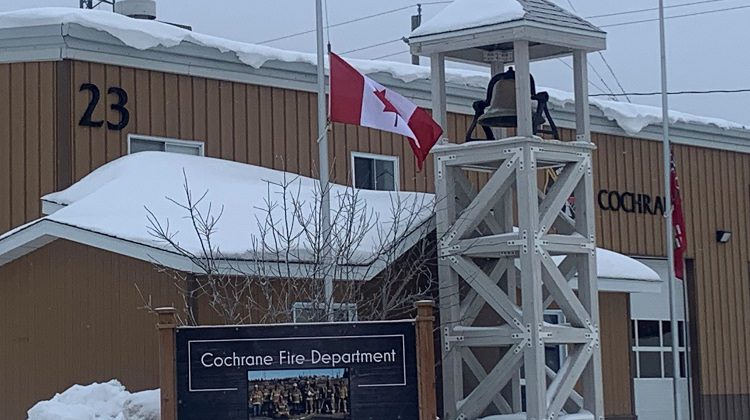 Flags are at half mast at the Cochrane Fire Department, in memory of Capt. Dean Lake, who died Monday at 52. (Tim Rout, MyCochraneNow.com staff)

The Cochrane Fire Department is mourning one of its own. Captain Dean Lake died of brain cancer late Monday night.  He was 52.

Chief Richard Vallée says Lake joined the volunteer department in 1992 and moved up the ranks until he was appointed captain in 2014. He was also a crew boss on MNRF forest fire fighting efforts.

“Also his father was on the Cochrane Fire Department before,” says the chief, “and just before his (Dean’s) passing, we had a little presentation we did for him at the hospital and his uncle had come down and he’s the deputy chief in Verner.” 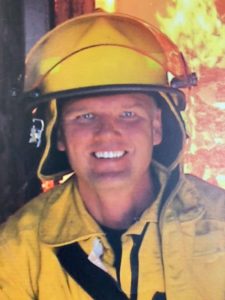 A traditional firefighter’s farewell is ruled out because of COVID-19. But Vallée says Lake will be commemorated.

“Dean’s wishes were for no service,” he notes. “But I was talking to his Mom. She’s planning a spring burial and at that time, the whole fire department will show up with all the fire trucks and give him a good sendoff.”

Chief Vallée says some of the comments from the brotherhood of firefighters across North America make him laugh. Others bring him to tears.  He says Captain Lake was well-liked in the department and would often do extra things without looking for credit.

Province will use “different pathways” in administering AstraZeneca COVID shots