No choice on keeping Porquis post office, just where community mailboxes would be 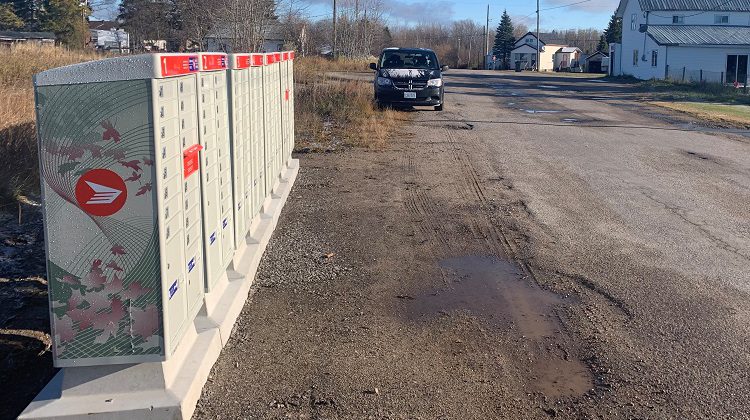 The mayor of Iroquois Falls says his municipality had no say in the upcoming closure of the Porquis post office.

“So if we had a big storm, by rights we’d have to go in there to clear the mailboxes,” he states, “and if somebody went in there and slipped and fell or had an accident, then part of the liability would probably come back to the town.”

Britton says the ultimatum was clear. There was no discussion about keeping the post office. So the site on Edward Street, near Albert Street was chosen, mostly because of the lighting.

“I’m not really happy where it is myself, but we didn’t have much of a choice,” the mayor concludes. “They made it quite clear, if we didn’t pick something, then they were automatically going to be sending everything to Iroquois Falls.”

The post office in the Falls is 10 km from Porquis.

The Porquis post office’s final day is October 30th. Canada Post confirms that mail is to be picked up from the community boxes as of the following Monday, November 2nd.