Why stop at Toronto when you can then walk from there to Thunder Bay? 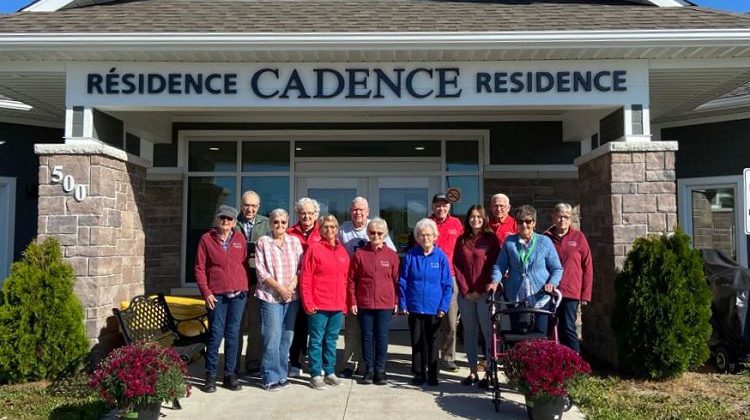 Participants in Cadence Residence's Steptember challenge to walk to Toronto have decided that once they get there, they're going to keep going to Thunder Bay. (Photo submitted)

You can call 19 of the 36 residents, three dogs and three staff members of Cadence Residence in Cochrane overachievers if you like.  Either way, you have to be impressed with their “Steptember Challenge”.

They set out to walk the equivalent of the distance to Toronto by the end of the month… and North Bay by the 15th.  Manager Tina Turner says they’ve already passed North Bay.

“When we get to Toronto we’re going to continue walking to Thunder Bay,” she says, “where we hope to be at the Terry Fox monument by the end of September to honour Terry Fox in his 40th anniversary of this Terry Fox Run.”

“When I see a gentleman who’s 95 years old walking on the inside of Cadence Residence to help contribute to our trip to Toronto, that’s very inspiring.”