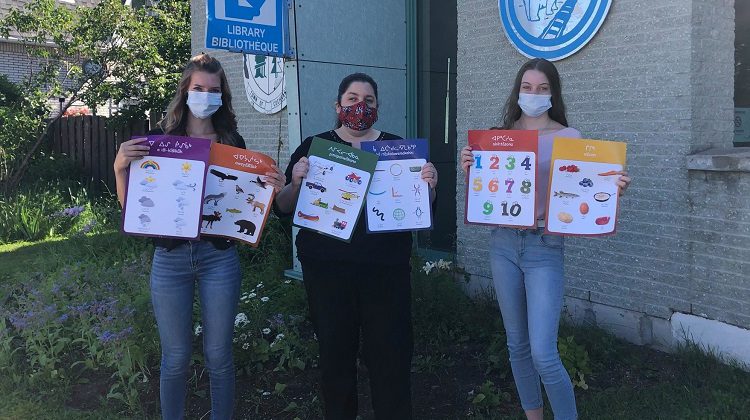 The Cochrane Public Library has been the beneficiary of a collection of posters featuring the L-dialect of the Cree language.

Ardis Proulx-Chedore is the assistant to the library CEO. She says they were presented by Mary Jane Archibald, who works at highlighting the Cree culture and advocates for the language.

“They’re great because they showcase how to pronounce it phonetically in English as well as guide you with the syllabics,” she notes. “So they’re written in both English and the Cree.”

Already in the library’s collection are kids’ books that are trilingual – English, French and Cree.

Proulx-Chedore says some are primarily in Cree.

“We’re always trying to make sure that our collection supports our community and showcases that we do have a very large Indigenous population and quite a few of them do read Cree.”

Proulx-Chedore adds that the books and posters play a significant role in preserving the Cree language, and part of that is by teaching it to children.