Premier asks farmers for their help with COVID-19 testing, says he won’t get a haircut 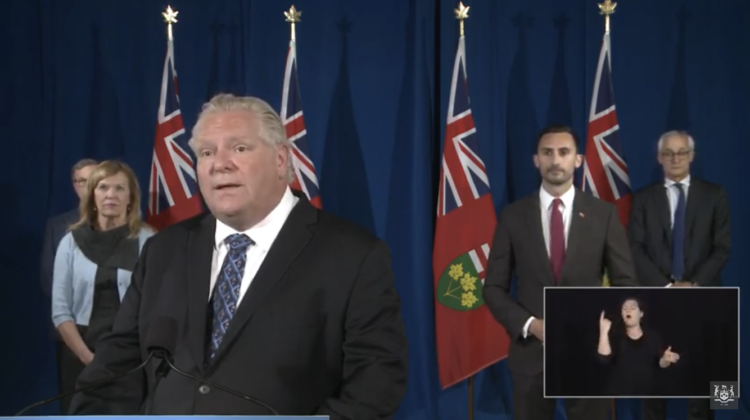 It was a softer tone Premier Doug Ford took with farmers today.  The Premier said he supported all farmers and that he “has their backs” but still demanded they cooperate with the province to help provide access to testing for migrant workers.  Yesterday, Ford appeared angry when he accused farmers in Windsor-Essex of “brushing off” his request to get workers tested.

Today Ford said the province will help farmers particularly in Windsor-Essex but added, “I need your help as well, we need to make sure that testing is available to farmers and workers. If you are working on a farm and are worried about COVID-19 go get tested.  If you work on a farm and you test positive and need to self-isolate you will be eligible for WSIB, you will be protected, there are no excuses.”

The region reported 32 new cases of COVID-19 on Monday, 31 of the cases were in the agri-food sector.  Two migrant workers have died in Windsor-Essex with a third in Haldimand-Norfolk.

Windsor-Essex is the only region in the province that has not been allowed to move into Stage 2 of the reopening process because new case reporting remains too high.

When asked if he was going to get a haircut tomorrow when Toronto moves into Stage 2, Ford quickly said “no”.  He said he is not going to get a trim or sit on a patio until everyone in Ontario is able as a show of support for residents of Windsor-Essex.