Cochrane history: School built with the help of elephants also used as hospital 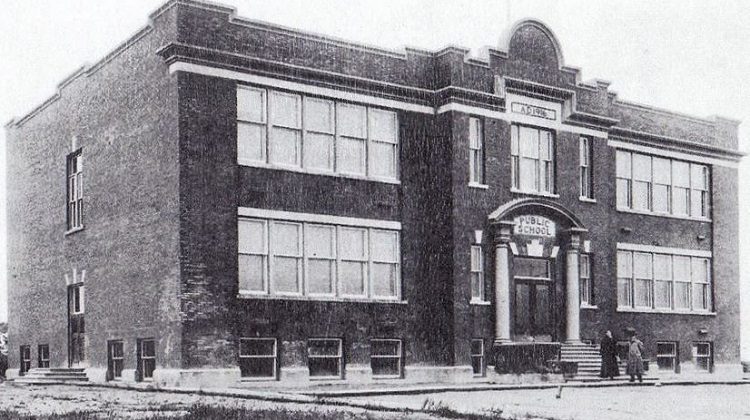 You’ve probably never heard of a school that was built with the help of elephants, but there’s one in Cochrane.  That story comes to us from the archives at the Cochrane Public Library.

In 1912, the first circus train pulled into town.

Land had to be cleared to set up the circus, so three of its elephants were put to work, pulling and piling stumps.

A circus elephant being walked past the King George Hotel in Cochrane, 1912. (Cochrane Public Library Archives)

Central Public School – later to be Aileen Wright English Catholic School – was completed by Christmas, 1915.  A fire during the holidays burned the building to its foundations even before students had walked its halls.  It would be another year before reconstruction was finished.

The school closed in 1923.  It was temporarily converted to a second hospital, to treat patients of a typhoid epidemic.

Sewage leaked into the lake that was the town’s water source. It carried the typhoid on transcontinental passenger trains that had Cochrane water and ice onboard.  It’s said to have been carried to British Columbia and even to England.

Even while the Cochrane Public Library is closed to the public during the current COVID-19 pandemic, you can get material from its archives by requesting it via email.