March around Lake Commando calls for end to discrimination everywhere 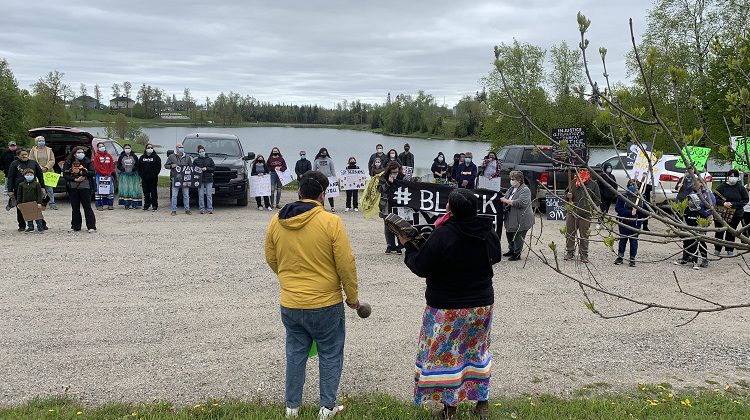 Organizer John Prevost was impressed with the turnout at Cochrane’s Black Lives Matter march around the lake yesterday afternoon.

At about 50, it was more than he expected.  And above the masks dictated by COVID-19 were faces of various colours.

Black Lives Matter is the catalyst, but Prevost says racial discrimination in general was the purpose.  From personal experience as an Anishnaabe, he knows that discrimination happens in Cochrane.

“It happens everywhere,” he emphatically told My Cochrane Now Dot Com. “Everywhere. Every town, every city, every country.”

Prevost, who’s Anishnaabe, says a message was being sent to the Black Lives Matter movement in the U.S. – “We stand with you.”

He also had a message to victims of discrimination in Canada.

“You’re not alone and to be strong and stand up and hopefully we can effect some change.” 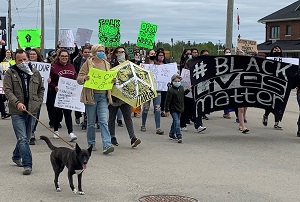