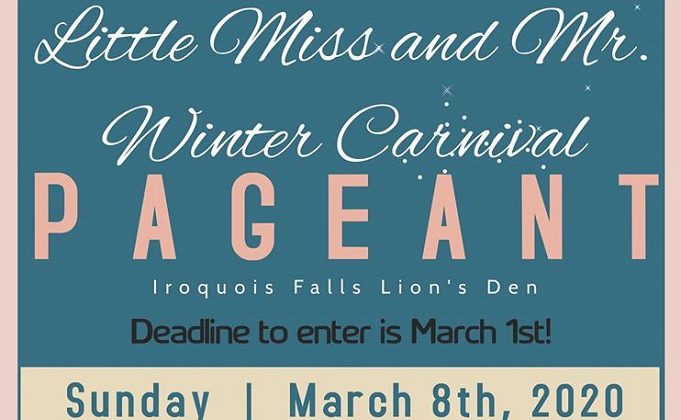 A lack of interest washed out last year’s “Little Miss and Mr. Winter Carnival Pageant” in Iroquois Falls.  So organizers are taking another run at it.

She says it’s not the traditional pageant with a talent competition or securing a sponsorship.

It does ask each contest what his or her favourite costume is, and why.

There’s also a practice run so the kids know what to expect.

“Just let me know that they’re interested in doing it and then I have a little registration package to send them by email.”

Contact Delaurier at stephaniedelaurier@rogers.com . The deadline is March 1st and the pageant is March 8th.