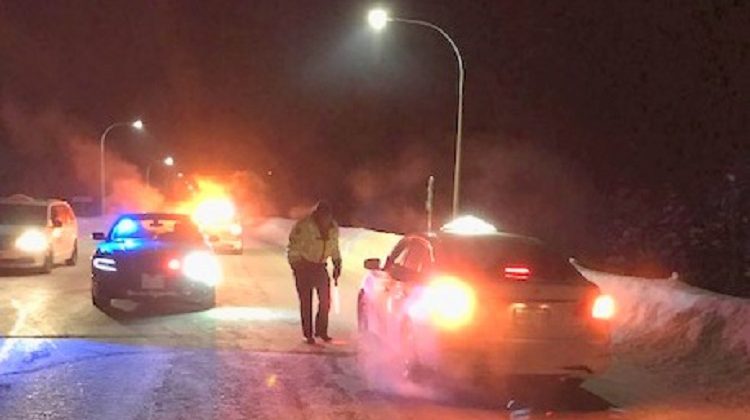 An upward trend for the better! That could be said about the Festive Ride numbers released by the Timmins Police. There were 1,200 vehicles checked during the Festive Ride Campaign between November and the first weekend of November, and just one person was charged with impaired driving. That charge was unrelated to the campaign. Communications Coordinator Mark Depatie says people are getting the message.

“That’s in sharp contract to five people that were charged with impaired last year,” he said. “So for the same duration in time we have a marked decrease and it appears the message is resonating.”

He adds that they were thrilled to work along with their community partners MADD and see that people were using alternate means of transportation during the holiday season. Despatie says they did receive a number of phone calls where people were concerned about the drivers, but added that those were found to either be distracted driving or just overtired.