What’s up with all the freezing drizzle? 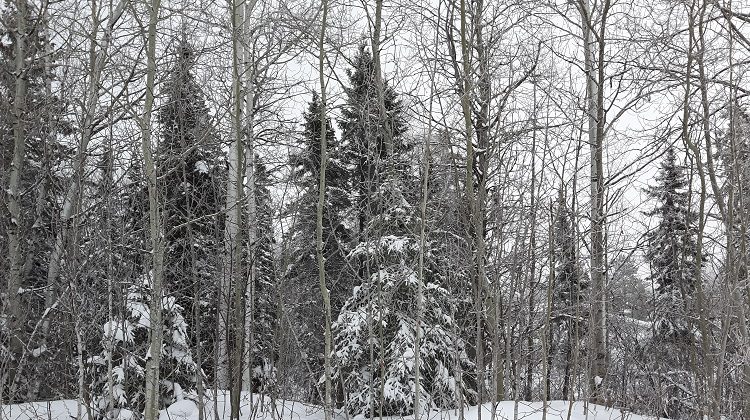 Sure, freezing drizzle makes trees pretty, helping snow stick to them, but it can make a mess on the road and take you longer than you like to scrape it off your car windows. (Bob McIntyre, MyCochraneNow.com staff)

As cold outside as it’s been lately, there’s a lot of head scratching over the freezing drizzle we’re getting. You’d think it would be snow

Environment Canada meteorologist Gerald Cheng says there are two explanations.  One is that there’s a layer of warm air well above the ground, while it’s below freezing at ground level.

“Usually it happens when temperatures are coser to freezing, within ten degrees of freezing,” Cheng states.  “When we look at the freezing drizzle cases over the past few weeks, that’s not the case, because it’s at least -10 or -14.”

The more likely case is that the cloud deck isn’t cold enough, so instead of ice crystals, it has super-cooled droplets.

“When there are super-cooled droplets and then they fall, they don’t generate snow, but instead they generate freezing drizzle,” he says, “and that’s why we’ve been getting reports of freezing drizzle in Northeastern Ontario.”

Cheng notes that freezing drizzle has the same effect as outright freezing rain, coating everything in ice, especially road surfaces.