Cochrane history: How the Great Fire of 1911 ended up in a hospital being built 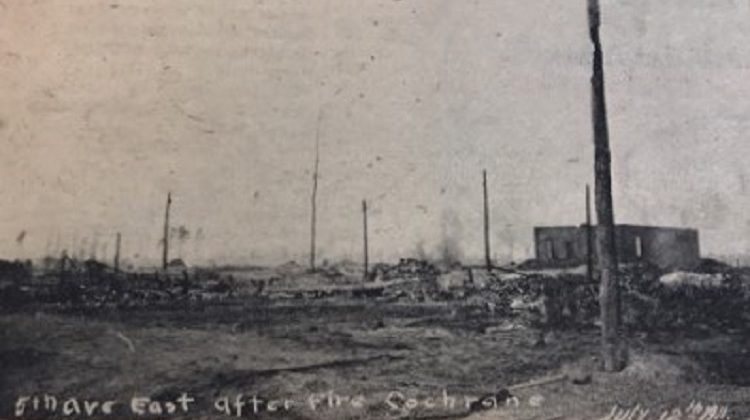 In this week’s look back at the history of Cochrane, something that came to town amid the ashes of the Great Fire of 1911.

Cochrane Public Library archivist Ardis Proulx-Chedore says that the Toronto Board of Trade set up a relief fund to help anyone in Cochrane who was affected by the fire.

“After meeting legitimate needs, there remained a surplus of $16,000 in the Northern Relief Fund,” she relates.  “It was decided the surplus would go to a 20-room hospital to be called Cochrane General Hospital.  Eventually, Cochrane Hospital Board received $9,200 from the fund.  Wrangling over the site and the payment of the funds delayed everything for several years.”

Next week:  The hospital finally opens.