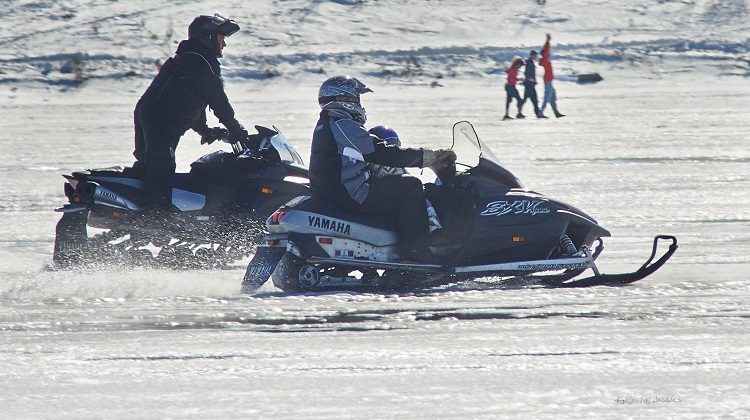 Last winter’s return of snowmobile oval racing on Lake Commando went over so well, it’ll be back this coming winter.

Girard also wants more people from our region on the track because OSOR members are mostly from the south.

“And they’d like to see more participation from people from the north.  So we’re hoping to involve the kids and then if you involve the kids, you know, it might tease the parents to get involved themselves.”

“Get ‘em off the couch and put ‘em on the track”, Girard says of the kids, adding that there’s not much prep for the 120- and 220cc machines.

“In the 340 class, I think they’re up to 16 years old,” he notes.  “These have a little bit more prep but other than that, it’s pretty standards.  It’s the safety equipment that’s more of a thing to have.”

The Vintage Riders are also looking for sponsors for the races, March 14th and 15th.

Click here and here for all the information you need about the event.