Cochrane history: What’s under ‘the yellow bars’ on 12th Ave. 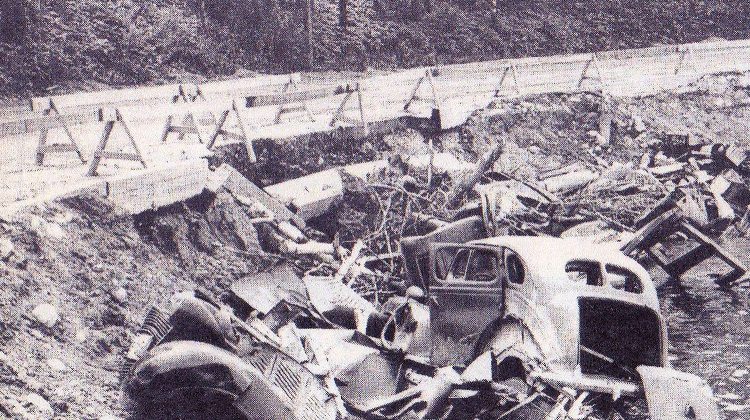 Cars that were eventually under the road besde the southern point of Lake Commando. (Cochrane Public Library Archives)

This week’s look at Cochrane history might be another case of “I didn’t know that.” It’s about the yellow bars on the southern point of Lake Commando, along 12th Avenue.

Local history buff Peter Politis notes that the street is next to that steep hill and in the 1920s, work was done to keep the street, the hill and the rail yard up there from sliding into the lake.

“And what they ended up doing was they dumped rail cars and old automobiles in the lake and they stabilized the lake and they pounded actual posts, like telephone poles that to this day are being lifted by frost and they’re actually still cutting those off in wintertime as they’re coming up,” Politis tells My Cochrane Now Dot Com. 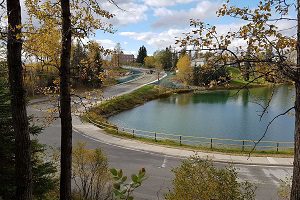 A 2017 view of the yellow bars.
(Cochrane Public Library Archives)

“Divers in Lake Commando — and it’s a very deep lake and it’s a cold water lake — have often said this is one of the wonders of Northern Ontario, you dive and go see what actually exists inside those cars.  On a very clear day, you can actually, if you look over the edge, you can see some of those cars sticking out in the water.”