Look! Up in the sky… 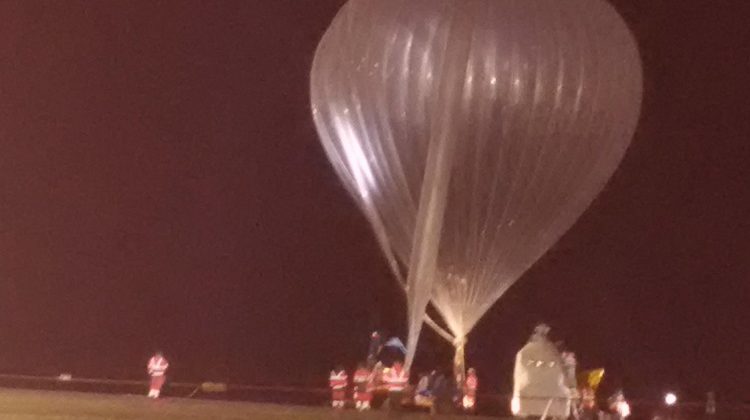 This smaller helium balloon helped launch the massive 80,000 cubic metre balloon at the Timmins Airport early today. It's carry a telescope to look out at the galaxy. (Dave Dayment, Timmins Airport manager)

That’s not a UFO you spotted in the sky this morning.  It’s a massive helium balloon carrying a telescope into the stratosphere, to peer out into the galaxy.

The balloon was launched from the Timmins Airport at about four o’clock this morning, as part of ongoing work between the space agencies of Canada and France.

Airport manager Dave Dayment tells us that the balloon – which is 800,000 cubic metres in volume – is roughly the height of the Eiffel Tower.

It was expected to drift east over Quebec by now, but appears to be stalled.  Within the last hour, it was spotted across our region, looking like a light bulb in the eastern sky.  Binoculars or a very long camera lens are the best ways to view it.