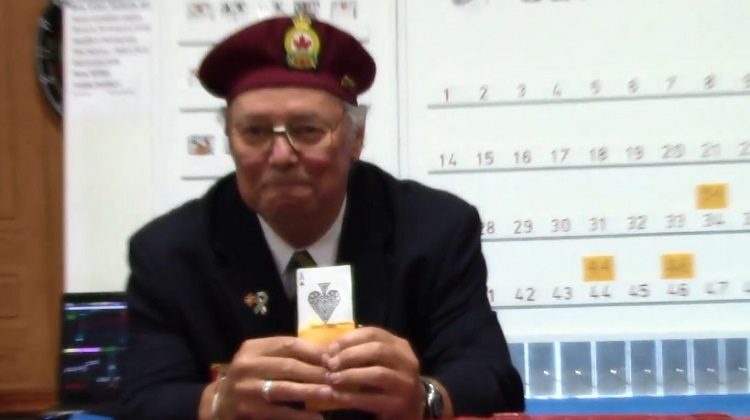 Catch the Ace chairman André Rondeau displays the ace of the spades that was worth $45,478.40 to Rick Mineault of Iroquois Falls. (Royal Canadian Legion Branch 70/Facebook)

A good way to spend an early Saturday evening – in almost anyone’s books – would be winning over $45,000..

On Saturday, Royal Canadian Legion Branch 70 in Iroquois Falls wrapped up the latest “Catch the Ace” event on week 46 of the draw.

When Rick Mineault’s ticket was drawn, his chosen envelope number, which was 31, had already been revealed.  So according to licencing rules, he was moved up to the next number: 33.

The next round of Catch the Ace starts right away with draws every Saturday night at the Legion.

Mattagami train to be restored in Smooth Rock Falls