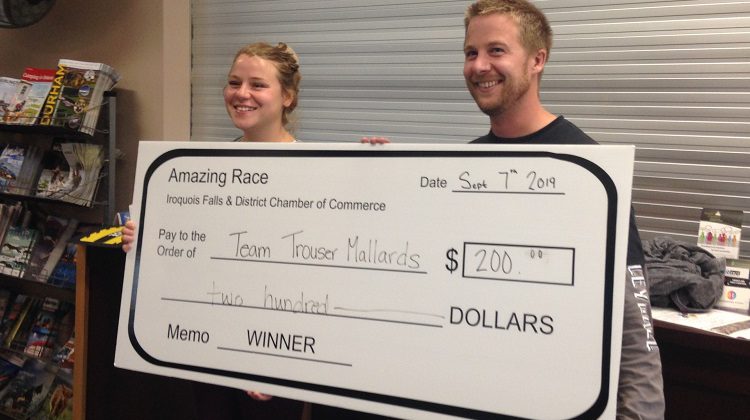 There’s little doubt that Amazing Race Iroquois Falls will be held again next September… following the success of the 2019 edition this past Saturday.

Chamber of Commerce marketing coordinator Danielle Rowan says ten teams had to tackle 13 challenges at businesses around town.  And only one team could win. 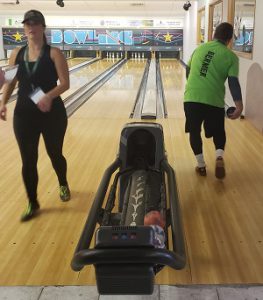 One of the Amazing Race challenges was at Earl Porter Lanes.
(Danielle Rowan, Iroquois Falls Chamber of Commerce)

Part of the celebration of winning was getting to hold one of those giant cheques.

“So they won $200 and bragging rights, of course,” says Rowan.  “They finished first so they get bragging rights for next year, saying ‘well, we already won.’”

She adds that says all the racers concur that the hardest challenge was at Step ‘n Sound dance studio.