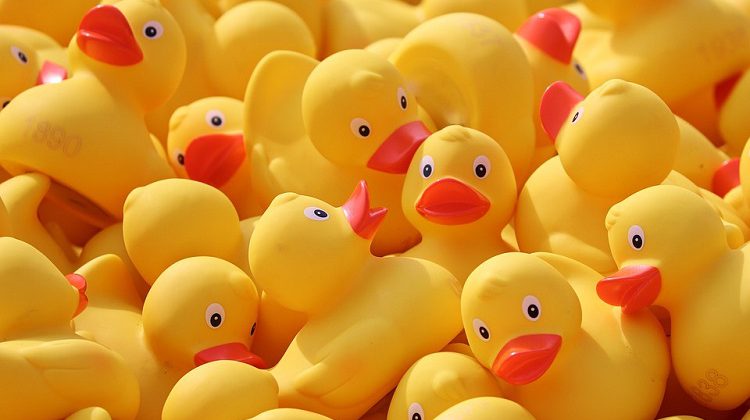 The Alzheimer Society is releasing a flock of 2,500 rubber ducks for the duck race at the Kayak Festival. (pixabay.com)

Arguably the most colourful event at this weekend’s Great Canadian Kayak Challenge and Festival in Timmins is the Sunday afternoon duck race.

The Alzheimer Society is holding it as a fundraiser for education and support services for people with dementia and their caregivers.

Executive director Elizabeth McLeod says that at about five o’clock on Sunday, 2,500 yellow rubber ducks will be dumped off the Mattagami bridge, to float down the river towards a narrow channel that will be set up.

Tickets with numbers corresponding to the numbers on the ducks are $5.00 each or five for $20.00.  McLeod says they’ll be on sale at the festival.

”So as soon as everything opens up for the whole weekend, we’ll be selling ducks until we’re sold out.”