No one hurt in blaze at Rockshield 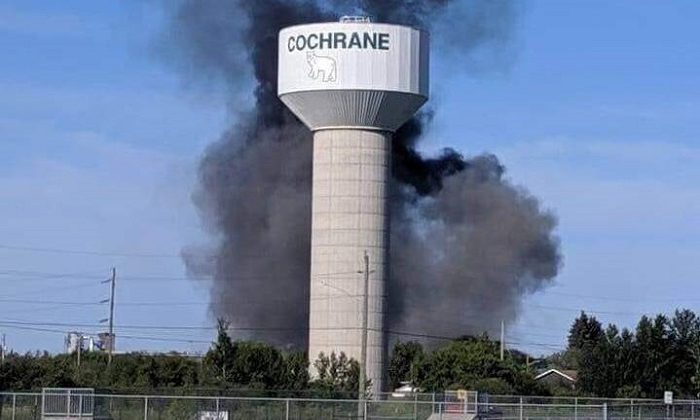 A small exposion in a bin at Rockshield Engineered Wood Products Friday morning was followed by a fire sending dark smoke into the air in the southeast corner of Cochrane. (Joey Dubord/Facebook)

Dark smoke in the sky over Cochrane  Friday morning was from a fire in the southeast end of town.

Firefighters were called to Rockshield Engineered Wood Products on Boisvert Crescent shortly after 8:30am.

Workers say the blaze started as a small explosion in a bin.  No one was hurt and damage is not considered serious.