Need picnic tables? Hold a contest to build them

Here’s a novel idea for any organization needing, say, picnic tables: Hold a contest to have some built for you.

That’s exactly what the Porquis Agricultural Society is doing.

Director Betty Dupuis says anyone is invited to build a table.  It just has to be finished, and it has to seat at least six people.

“We need picnic tables,” Dupuis explains. “Now we know we’re not going to get ten people to do this.  But even if we only get four or five, that’s great.  That’s four or five picnic tables that we don’t have.” 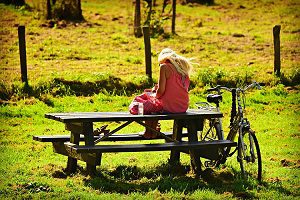 The tables would be available for any event in Porquis, such as Blues Fest.

All entrants get three passes to the Fall Fair, and the winner gets a catered meal from the Society for ten people.

“We will discuss with them what they would like and then we will decide what we’re going to feed them,” says Dupuis. “We will prepare it.  They can either come to the hall to have it or they can pick it up at the hall and take it to wherever they want, whatever.”