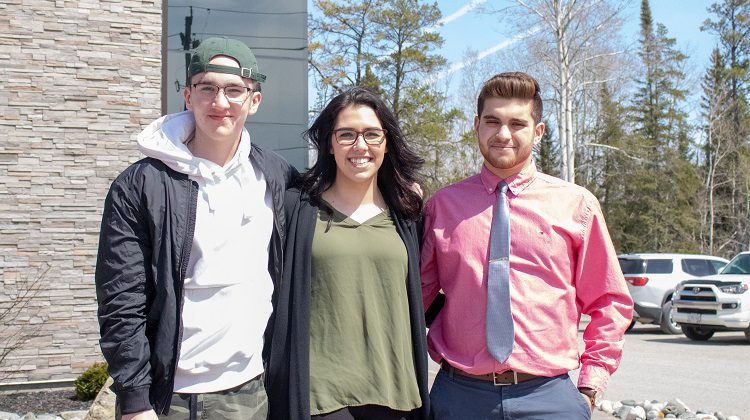 A new Student Senate is being welcomed by District School Board Ontario North East.

Three new student trustees will be representing the student body for the 2019-2020 school year.

DSB One says once again such as last year two students were elected by the student senate and an Indigenous student trustee was appointed by the board.

The board says they are pleased to announce Timmins High and Vocational School’s Ryan Dailey and Timiskaming District Secondary School’s Ethan Hurtubise as well as Kaytlyn Julien from Kirkland Lake District Composite School will be the student voices to this year’s school board.

Board Chair Bob Brush says they are proud of the leadership of their students and how hard they work to organize the election of their new representatives. He says the Board of Trustees looks forward to working with them starting in September.

DSB One would also like to thank all 2018-2019 Student Senators as well as their three outgoing Student Trustees Danielle Beaudoin, Chloe Frank and Noble Stow-Gore.