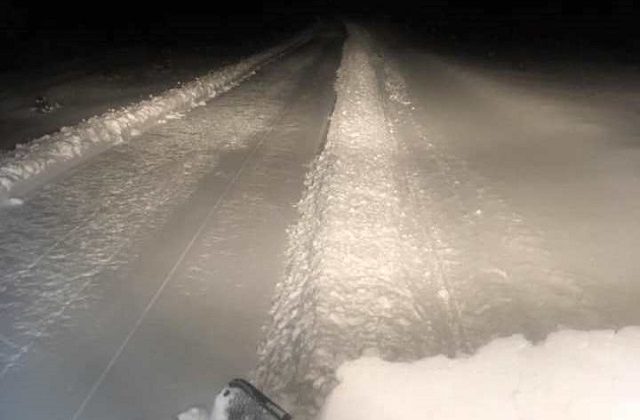 If you’re looking to go for one more rip on your snowmobile this season, you’ll want to head for the trails north of Cochrane.

So is sledding on the second weekend of April unusual?

“Maybe a couple days longer than normal,” Johnston says. “But it all depends on temperature.  We like to have minus five or six at night to keep grooming going so we can do a decent job and set up the trails for the next day.”

Grooming will probably stop this weekend, and riding conditions could be good for another week.

“It’s supposed to warm up a bit next week,” Johnston notes, “so once it gets above five, six, seven degrees during the weekdays, the snow starts melting and where we have problems is not really the river crossings.  It’s more the little creeks and stuff that cross the trails.  They usually start flooding out, so we can’t get across with the groomers or the snowmobiles.”