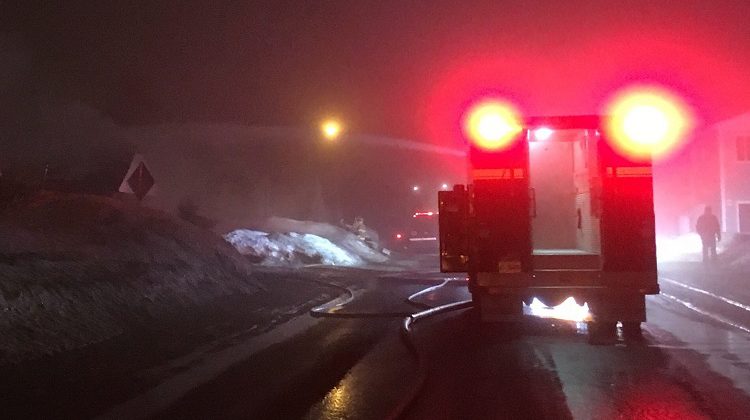 The only occupant of a house on Fifth Street near Tenth Avenue in Cochrane escaped unhurt, but a fire early today has – in Fire Chief Richard Vallée’s words – “fully compromised” his house.

Vallée says firefighters were called a couple minutes before three o’clock to 307 Fifth St.,  and could see flames and smoke from the road.

“It’s one of the older homes that are hard to extinguish,” Chief Vallée explains.  “It’s a legacy home, built in the 50s and multiple layers and stuff like that, so it really gave us a a hard time to put out.”

The chief praises the work of his all-volunteer brigade.

It’s too early to pinpoint a cause of the fire.  The man living in the house took refuge with relatives two doors down.