LAUGHS AT THE EMPIRE 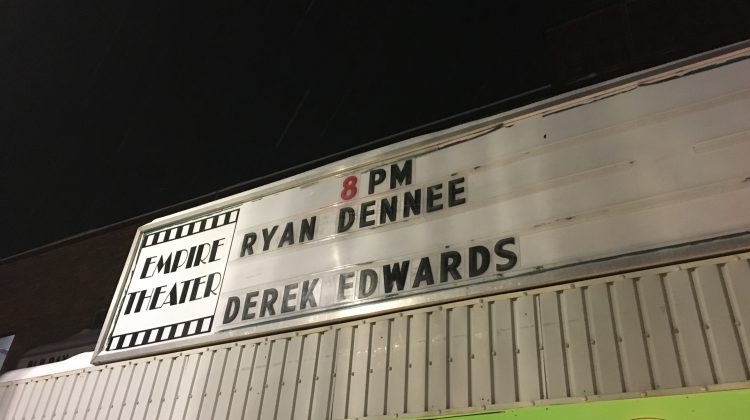 It was a night of laughter and fun at the Empire Theatre last night.  A series of comics took to the stage, helping raise money for Kirsten Jurek, a young woman from Cochrane who was recently diagnosed with an inoperable brain tumor.  John Brisson, manager of the theatre, told MooseFM news that all proceeds from the event will go directly to Kirsten.  The house was filled near capacity – quite a feat for a Thursday night – as Ryan Dennee, Derek Edwards and other local talent filled the two hour show with genuine roll-on-the-floor material.

Kirsten Jurek lives near Cochrane with husband Mark.  She was diagnosed with a glioma in September.  Though the toonie-sized spherical tumor cannot be removed surgically, they are hopeful  chemo, combined with low dose radiation, could have a positive effect.  Medical costs far exceed what a travel-grant covers.  Mark has had to take on a second job to make ends meet since Kirsten is no longer able to work as a truck driver due to the risk of seizures.  Last night’s fundraiser was intended to offset some of these expenses.  Kirsten’s GO FUND ME account can be accessed through her Facebook page, should you wish to donate. 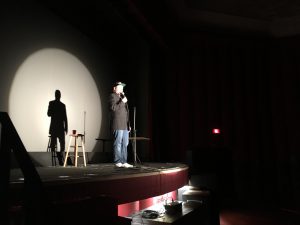