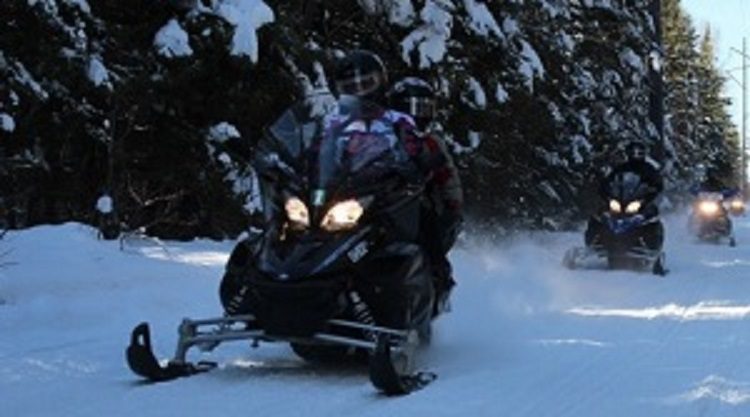 There are thousands of kilometres of prescribed snowmobile trails right across Ontario, yet at least one person has been driving their machine on cross-country ski trails near Porquis.

A frustrated Pierre Alie, who is president of the Iroquois Falls-based Jackpine Snowmobile Club, urges riders to stay on their own trails, and make sure they have an OFSC permit.  He says the annual fee is not a huge investment.

“Well, if we found out who it was, period, we would do exactly the same thing that I encourage the cross-country ski club to do, is contact the OPP.

“We have no idea who the people were, whether they’d be members of the Jackpine Snowmobile Club or not, or they were OFSC permit holders,” comments the president.

He adds that safe, peaceful coexistence with cross-country skiers is possible.  Conversely, though, he says sometimes skiers wander onto snowmobile trails.

“We do get some every once in a while.  We encourage them not to be, just because of the quick-moving nature of snowmobiles.”