SUBSIDY CUT MIGHT DRIVE MIDWIVES OUT OF PROFESSION: LOCAL MIDWIFE

Midwives across Ontario are reeling, after the Ford government cut funding to their governing body, the Ontario College of Midwives.

Health minister Christine Elliott announced the end of the subsidy.

Amy Moland-Osborne is one of two midwives serving the area from Chapleau to Kirkland Lake and Cochrane.

She says the subsidy supplements the dues paid to the College by the midwives.

“Because we’re not getting that subsidy,” she explains, “ midwives are going to pay additional licencing fees every year, which will probably create an additional burden on individual midwives’ financial status.” 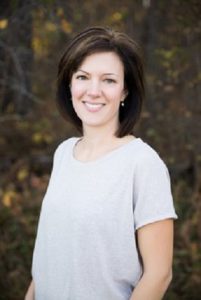 Moland-Osborne works at Boreal Midwifery in Timmins. She and one other midwife have about 80 patients a year.

Moland-Osborne says the added cost can’t be passed along to patients, because a midwife’s wages are, ironically, determined and paid for by the health ministry.

“That hasn’t changed in quite a long time and we don’t have the authority to increase our rates, so we can’t pass this along anywhere.”

Moland-Osborne predicts that some midwives might leave the profession.