A Hamilton man is facing charges for drug trafficking in Timmins.

The Timmins Police Service says on September 13th, officers arrested a 19-year-old man and seized about $37,000 of heroin, some cocaine, a .25 caliber handgun, $3,000 cash and other drug trafficking paraphernalia.

The 19-year-old is facing 12 charges including: 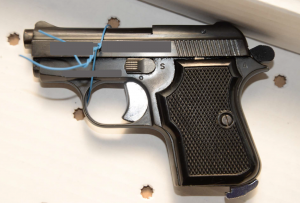 Communications Coordinator Marc Depatie says this drug trafficking investigation is ongoing with the help of the Hamilton Police. “They’ve completed a number of arrests and seizures down in their area and some matters are linked. We hope to continue to work alongside other neighbouring police services that are able to render assistance to the Timmins Police Service.”

Depatie says this arrest is a big concern to the police force because there was a firearm involved. “Obviously we have a strong obligation to locate those persons who are involved in the illicit distribution of narcotics, but when firearms are involved, obviously it makes it that much more of a concern for the general public and the police service as well.”

TPS says the man will remain in custody until his court appearance on October 5th.